There were jubilant scenes outside Willesden Court yesterday as the Heathrow 13 received suspended sentences for their part in last year’s environmental protest, rather than the jail time they’d been told to expect. The 13 included two women from East London – Sheila Menon and Melanie Strickland – who by putting their liberty on the line, followed in the noble footsteps of many women before them.

If the 13 had been given custodial sentences they would have been the UK’s first climate change protestors to be jailed. They would not, of course, be the first protestors to go to prison for their cause. East London in particular has a long tradition of civil disobedience, much of it done by women. 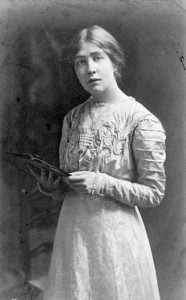 Sylvia Pankhurst
Emmeline Pankhurst and the suffragette movement is well known for its acts of civil disobedience. What is less known is that Sylvia Pankhurst broke away from her mother’s group over disagreements around which women should be entitled to the vote. Emmeline was only calling for the vote on the same terms as men, which at that time would leave around 40% of mostly working class women out of the franchise. Sylvia’s connection with the Labour movement led her to the conviction that women from all backgrounds should be allowed to vote, in order to work their way out of poverty. She was jailed many times for her convictions, including enduring the now infamous force-feeding.

Milly Witkop
Fleeing rampant anti-semitism in Russia, Milly Witkop arrived in London aged 17, where she found work in the east end sweatshops. Her early years experiences shaped her radical political beliefs. She became active in the trade union movement, and was resolutely opposed to WW1. In 1916, her anti-military agitation earned her two years in prison. 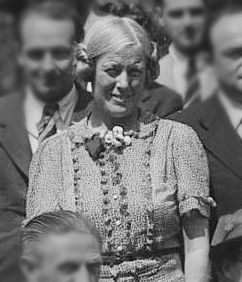 Muriel Lester
Muriel Lester was a prominent pacifist during both world wars. She organised prayers to enemy nations, services to pacifist speakers, cheap meals for munitions workers and protection to local Germans and Austrians. She was arrested several times for her political activities. In 1941, under the orders of Churchill, she was detained in Holloway prison for the remainder of the war. The Prime Minister did not like this out-spoken woman undermining his efforts!

After the war she continued her peace campaigning, including through the atom age and Spanish Civil War. She was nominated twice for a Nobel Peace Prize, and has been dubbed The Mother of Peace. 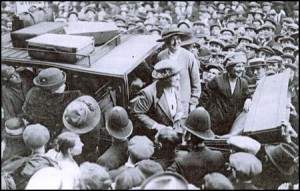 Minnie Lansbury, Susan Lawrence, Julia Scurr, Nellie Cressall and Jennie Mackay stood by their working class principles at great risk to themselves. Standing outside Holloway prison in 1921, Susan Lawrence said to the 10,000 strong crowd of supporters:

“We are here representing a principle which we have to defend as well as the men […] We go cheerfully determined to see this thing through. I hope our example will not be lost on all local authorities throughout the country.”

The women suffered great hardship for their beliefs. Minnie Lansbury developed pneumonia following her imprisonment, and died in 1922. Julia Scurr died five years later aged 57, her early demise attributed to the terrible conditions she endured during her imprisonment.

If you have a story to share of civil disobedience, or any other kind of social-political activism, we would love to hear from you. We are recording oral histories with East London women (or decedents of), which will be used as part of a walking tour app due to launch later this year. They will also be archived at the Bishopsgate Institute as an educational resource, and to inspire future generations of women campaigners. Get involved today! 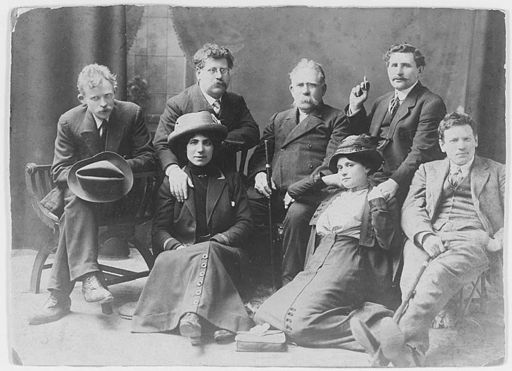 Were you part of the Women’s Lib movement in East London in the 60s to 80s? Was your mother or grandmother part of the radical East End community, along side the likes of Sylvia Pankhurst, Milly Witkop and Muriel Lester? Are you related to any of the women involved in the Poplar Rates Rebellion, such as Susan Lawrence, Nellie Creswell or Minnie Lansbury?

>> Get in touch today

We’re collecting stories from ordinary women who fought for change around the themes of housing, the Labour movement, racism, violence against women and girls and environment and the peace movement.  The stories will feature in our walking tour app – In Her Footsteps. The interviews will also be used as part of an exhibition due later this year, and archived for educational purposes at the Bishopsgate Institute.

Our project spans over 150 years, but while we want handed down stories from the past, we also want to to speak to amazing contemporary women campaigners. If you fit the bill, or you know someone who does, please do get in touch.

Sometimes stories are passed down through the generations organically, but sometimes they’re not and can be lost forever. Our research has found that women’s stories are at far greater risk of getting lost than mens’, and as such women’s history gets overlooked. It is especially important to share our memories of activism so that the next generation of young women can learn and be inspired. This way we are able to continue to fight for better rights for women, girls and the communities they live in.

So let’s make sure these amazing women’s lives are properly celebrated and preserved. Get in touch if you have a story, or know of someone with a story to share