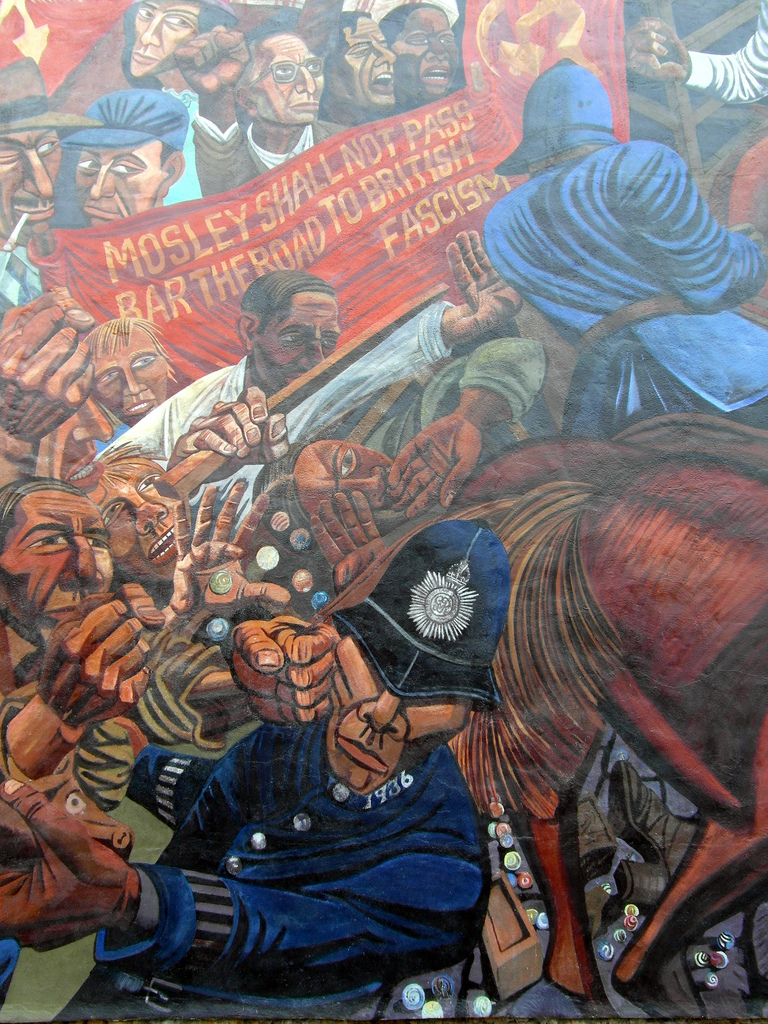 On 11th April we’re running a cross cultural picnic at St Hilda’s East Community Centre. We’d like you to join us.

During our research into women-led activism, one of the things that stood out most is the incredible impact migrant groups have made to East London. The different communities have often fought against the same issues, although often two or three generations apart.

In 1930s it was predominantly Eastend Jews who took on the fascist Black Shirts, which culminated in the Battle of Cable Street. A two generations later, through groups like Women Unite Against Racism, Bengali women were fighting the BNP. And both in the 30s and 70s, migrants campaigned for better housing rights. Notably women were at the forefront of these these protests.

Unfortunately history does a bad job at remembering these women. Even feminist narratives often overlook them, focusing on white middle class activists, like Emmeline Pankhurst. Yet these migrant women have been both brave and successful, and deserve to be recognised.

To help rediscover these hidden stories, we’re teaming up with the Boundary Women’s Group at St Hilda’s. We’re running a cross cultural picnic, to share stories of protest amongst generations and communities. If you represent a group of women, know women who might be interested, or would simply like to come yourself, please get in touch.

The picnic is free, but we’re asking everyone to bring a dish from their community to share. We’ll also ask people to bring along a story of how they have changed their community, or one of someone else who has inspired them.

Let’s not keep the stories of these incredible women hidden any longer!